To print this article, all you need is to be registered or login on Mondaq.com.

In a long-awaited decision (not yet available in English and handed down in the form of an 'order' – allowed under the CJEU rules of procedure where "a question referred to the Court for a preliminary ruling is identical to a question on which the Court has already ruled or where the reply to such a question may be clearly deduced from existing case-law...." ), the ECJ confirmed its liberal position towards "embedding" of copyright-protected content on a third-party website in the "Bestwater" case (which had been stayed pending the outcome of the Svensson ruling). The ECJ ruled that unless the original publisher used technical access restrictions, embedded content would not reach "a new public". The effect of this judgment is likely to lead to a more restrictive publishing practice, as copyright owners will seek to avoid free-riders taking advantage of the loop-hole the court seems to have legitimised.

The Bestwater case was referred to the ECJ by the German Federal Court of Justice. It deals with a promotional video about water pollution that was produced by Bestwater International, a company that makes water filters. The film was originally published by Bestwater on its own company website and later uploaded to YouTube, allegedly without the permission or knowledge of Bestwater. The defendants, two sales representatives of a competitor of Bestwater, embedded the video on their websites, the frames pointing to YouTube. Bestwater objected to this use and sought an injunction from a German court. Bestwater's position was that the video was protected by copyright, and that the exclusive rights to use the film belonged to Bestwater. The German Federal Court of Justice referred the case to the ECJ, asking whether embedding content of a third-party website on one's own website constitutes a communication to the public within the meaning of Article 3(1) of the 2001 Copyright Directive (2001/29/EC).

After the Svensson decision (click here and here for our previous commentaries on this) which concerned framed text links, the ECJ felt that it had already put an end to the debate of embedded content on the internet and reverted back to the German Federal Court of Justice suggesting it should withdraw its submission. The German court insisted on a decision – one of the main reasons apparently being that in the Bestwater case, the YouTube video to which the defendants linked was also a copyright violation.

The ECJ did not change its mind though: embedding content from another website does not constitute a communication to the public if the original uploader did not restrict access to the content and communicated it to the whole internet community. There was no new public accessing Bestwater's video when it was embedded on the defendants' websites because when the video was uploaded on YouTube (lawfully or unlawfully), it was intended to be accessed by all those who had access to the internet. The ruling somewhat casts doubts on the technical and economic understanding of modern media publication. The ECJ´s position is that "the internet" is a medium rather than a mere technology. In other words, by analogy, a website does not compare to a particular magazine/newspaper or a TV channel, but to "print media" or "TV" in general (i.e. the relevant audience being all those who have access to magazines/newspapers (rather than a particular newspaper) and all those who have access to TVs (rather than a specific channel).

From a purely economic perspective, the decision also raises concerns as it opens up numerous possibilities to take advantage of the copyright holder. Based on this decision, it is now possible to use images or videos that are hosted on another website for one's own website by simply embedding them. Apart from using somebody else's internet bandwidth, the ECJ did not also take into account that the embedded content is presented out of context on the embedding website. For instance, advertisements displayed on the original website alongside the uploaded content may not appear on the embedding website, and the embedder may spoil an important source of revenue for the copyright owner and use third-party content for its own economic benefit. The most obvious response to this decision will be that copyright holders will need to protect their content by implementing pay-walls or other restrictive measures at the outset. The decision is not clear cut, however, and it will be interesting to see how national courts interpret this ruling and whether or not the CJEU will be called upon again to provide further clarity.

The content of this article is intended to provide a general guide to the subject matter. Specialist advice should be sought about your specific circumstances. 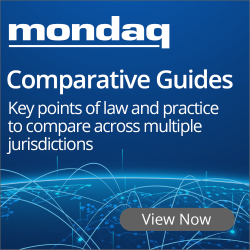